Born in Lille, Théodora Guermonprez is a self-taught dancer seduced by hip hop culture from an early age. She began dance lessons at 11, joined regional groups and took part in numerous competitions. During this period she experimented and appropriated several styles such as Locking, Popping, New style and Bboying.

After an approach to hip hop centered on choreography, she discovered freestyle and the underground environment, which offered a different vision and opens up opportunities for her to work on her freedom of expression. She will not stop researching and creating to push to the maximum the work of her own style, original and recognized, composed of multiple influences. As a charismatic dancer, she succeeds in making an impact on the hip hop world thanks to her particular style, developed around her personality, inspired by animation, Krump, and constructions.

Member of the internationally renowned Ghetto-Style collective and having been part of from the company Swaggers (Marion Motin) she is now recognized in the underground world thanks to the various events and battles in which she participated. At the same time, she is also setting foot in the select world of fashion with performances for brands such as Calvin Klein, Chanel and L’Oréal. Over the years, her work and her talent have ensured her the respect of her peers, she is now identified by her unique dance style of which only she knows the signature.

Today as an accomplished dancer, she seeks to push the limits of her art, through body language, interpretation and physical approach, whether in freestyle or in choreographic research like her creation with Léa Latour, Basement. 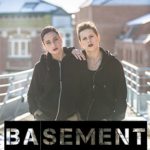