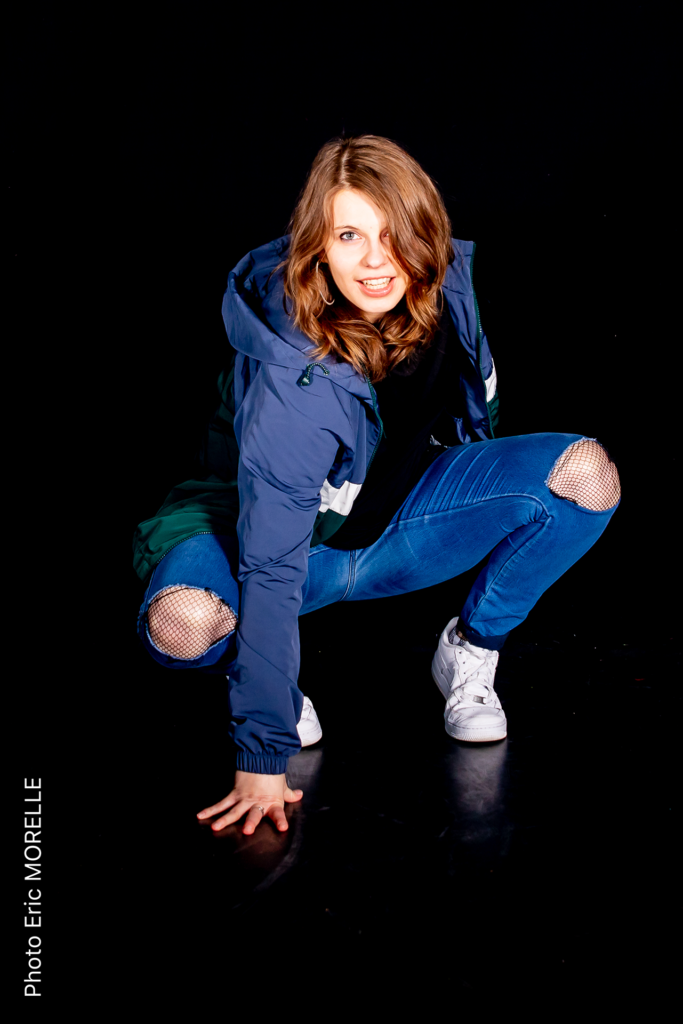 Passionate about all forms of dance from a very young age, Sophie began Modern’Jazz at the age of 8 and practiced it for 15 years with different teachers. She became a facilitator by offering her choreographies in a small association in the age of 17 only and very quickly, it is a revelation. During an internship with Laure Courtellemont, Sophie discovered Dancehall and began to train in various urban dances. Ambitious and determined, she decides to devote herself to it by increasing the number of courses, workshops and training with the greatest dancers in the world in Dancehall, Hip Hop, Street Jazz, Afro and also Contemporary and Modern’Jazz (Laure Courtellemont, Guillaume Lorentz, Nathalie Lucas, Yanis Marshall, Camillo Lauricella, Isida Micani, Michael Cassan, Global Bob, the Black Eagles, Xclusiv Dancers and many others…).

Touched by these different dances and cultures, she decides in 2012 to create her own school of urban dances, Kyrielle Danse in order to share and develop her work.

From there many scenes and events followed one another across her region and France. With her different companies where she choreographs, Sophie makes 3 times the prestigious stage of Zenith in Lille for the Zenith of Solidarity of the French charity “Secours Populaire”, she also performs in the fan Zone of Lille on the occasion of 2016 EUFA European Championship in front of more than 25,000 people.

Today she is the artistic director of the Kyrielle Dance school, and founding member of the company Azaka, Sophie teaches Dancehall and Street Jazz to more than 300 enthusiasts who multiply the trophies and podiums in the various competition from the region and elsewhere. One of her companies was even elected Dancehall world champion in the Kids category of the Dancehall Master World Choreo in 2018. Alongside the school, Sophie also gives regular lessons and internships in other structures by offering her dance style and her pedagogy to many enthusiasts ..