The dancers of Cie Relevant are all from Lyon. It was in 2016, enriched by their participation in the “Babel 8.3” project – a participatory project led by the Maison de la Danse de Lyon and choreographed by Abou Lagraa – that they decided to create their own company. Their desire is to meet and learn from other dances, motivated and driven by the creative energy of hip-hop. Today, they wish to address human and social issues, with the will to challenge and question current society. 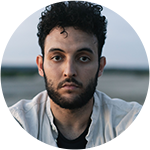 Since 2016, he has become one of the choreographers of the Biennale de la danse of Lyon, in charge of the group representing the city of Vienne.

Following the Babel 8.3 project directed by Dominique Hervieu, Marwan created with the other performers of the project , the Relevant company. He then joined the Formation ID of the De Fakto Company to diversify and intensify his practice of dance.

From very diverse influences and a great curiosity for aesthetics other than hip-hop, he developed a gesture both powerful and sensitive. His dance practice is enriched by theatricality and emotional work that reinforces the choreographic vocabulary acquired during his training as a performer. 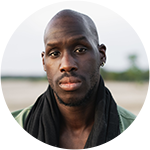 Freddy discovered hip hop at the age of 16 by joining a “PAC” section with choreographer Abdou Ngom. He is particularly interested in the break by starting to train as a self-taught at MJC Mermoz in Lyon. The following year he discovered the universe of creation by joining the Cocotte Minute project choreographed by Lauréline Gelas (Cie Subterfuge). Through the social center of his neighborhood, he integrates the Maison de la Danse Babel 8.3 project. His curiosity and his thirst for learning led him to enroll in various courses with varied styles, which allowed him to discover more contemporary gestures such as those of Jann Gallois, Mickael Le Mer or David Drouard.

He joined the ID training in 2017, year during which he was able to train and discover the work of many choreographers. At the same time, he discovers battles of improvisation and experimentation that help him evolve and forge his identity. Freddy is defined by an atypical dance characterized by an opposition between raw energy and grace. He works with the companies Stylistik, Urban Lines and the choreographer Amala Dianor. 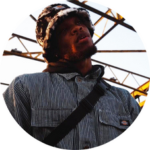 Brian meets hip hop for the first time in 2013 during a workshop. Three years later, in 2016, the dancer and choreographer Freddy Madodé pushed him into starting practising breakdance.

This second meeting is a revelation. Breakdance became thus a real everyday routine for Brian. After four years practising as a self-taught man, he decided to train as a dancer-performer in 2020.

His dance can be defined through a wide spectrum, between power and lightness. As much at ease on the floor as on his feet, he always looks for a new move, a new path to travel.

Jerome began dancing at 18 as a breaking self-taught artist. He then gradually opened up to other styles of hip-hop dance, such as Locking, House, New Style … In 2014 he joined the Passerelles project initiated by the association Danser Sans Frontière directed by Sharon Eskenazi, in partnership with Yuval Pick and the CCN of Rillieux-la-Pape. He thus discovered contemporary dance and a more intensive and in-depth practice of dance. He then decided to professionalize as a performer and enrolled in Performing Arts in 2016 at the University Lumière Lyon 2 to discover the workings of the performing arts.

He joined the ID Training in 2017 while continuing his work with the Passerelles project. He became one of the permanent dancers of the project, animates repertoire transmissions, workshops for schoolchildren, and takes charge of several choreography projects which give rise to two creations: Switch and P.A.R.T.Y.

In 2018, he joined the Relevant Company. He also works with the companies Lignes Urbaines, 100 Blazes and De Fakto. 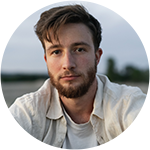 It was through artistic education from an early age that David Walther encountered dance. In addition to learning several musical instruments (drums, violin, piano, flute), he discovered hip-hop at the age of 13, by enrolling in the course offered by the association in his village. Later, David explored the practice of Latin dances (Rumba, Salsa, Bachata), and began teaching hip-hop at the age of 18 with the Couzon Danse association. There, he developed a passion for transmission and encounters.

After studying the audiovisual industry, it was during a sabbatical that David made the choice to become a professional dancer and joined the Formation ID. David continues to teach but favors the work of interpreter by integrating the Relevant Company.

Since his dance training, David has taken a keen interest in contemporary dance and nourishes his own dance with increasingly diverse aesthetics. He thus develops a dance that combines the technique and energy of hip-hop with the theatricality and sensitivity of contemporary dance. He worked with the companies De Fakto, Kham, La Baraka. 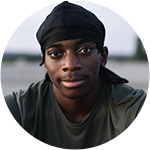 Karym has been dancing hip hop since the age of 11, learning Breakdance techniques on his own. He then attended training sessions supervised by Foued Chaia at the social center des Etats-Unis in Lyon.

After participating in the Babel 8.3 project, he created the Relevant Company and began to professionalize as a dancer performer, while he only had 16 years old.

Since then, Karym has been carried by many influences and maintains an open mind that allows him to discover and practice other styles of dance. It is with curiosity that he feeds his choreographic work to develop a hybrid style, combining a powerful and explosive dance with a very aerial aesthetic. Karym has participated several times in creations by choreographer Abou Lagraa. He also works as an interpreter for the HKC company. 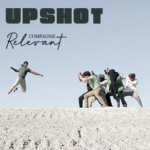 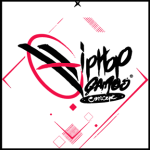