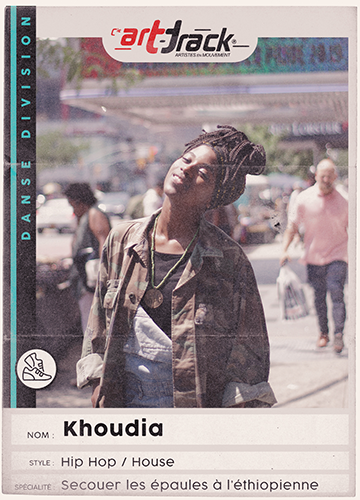 A leading figure in the “underground” hip-hop dance scene, pioneering Senegalese street dancer, performer and choreographer Khoudia Touré is noted for her passion for dance, adventurous spirit and commitment to enriching dance in Africa. After a training in Modern Jazz, its during her childhood in Senegal, that Khoudia Toure turns passionate about the energy of Hip Hop dance. In 2004, her college studies bring her to France, then to the UK and USA, where she uses this occasion to learn and train with some of the pioneers of Hip Hop and Housedance. In 2012, she decides to return to her African roots in Senegal with the aim to share the knowledge she  gathered during her travels, and to participate in the momentum of the street culture in her hometown.

In 2014, she is a co-founder and project manager of the professional dance education project Sunu Street, funded by the European Union. As a freelance artistic director, she initiates several artistic projects mixing dance with other art forms (such as “Voyages, Images et Corps” between Senegal and Cameroon). She is selected in 2018 as the Protégée for Dance for the Rolex Mentors and Protégés Arts Initiative, under the mentorship of renowned choreographer Crystal Pite. Toure created the non-profit Association Maggando, to help promote urban dance in Senegal. She is also a freelance artistic director and gained recognition in numerous international street dance competitions, such as the worldwide Hip hop tournament Juste Debout, where she won the first ever preselection held in Africa in Abidjan in March 2019.

Since 2016, she has been one of the choreographers and founding members of Compagnie La Mer Noire, a collective hip-hop dance company based in Dakar. Compagnie La Mer Noire is one of the few dance companies still active in Senegal. With its works and artistic projects, the troupe also performs abroad in several theaters and festivals in France, South Africa, the Netherlands, Spain, Germany, Cameroon and many more. 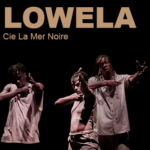 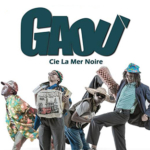