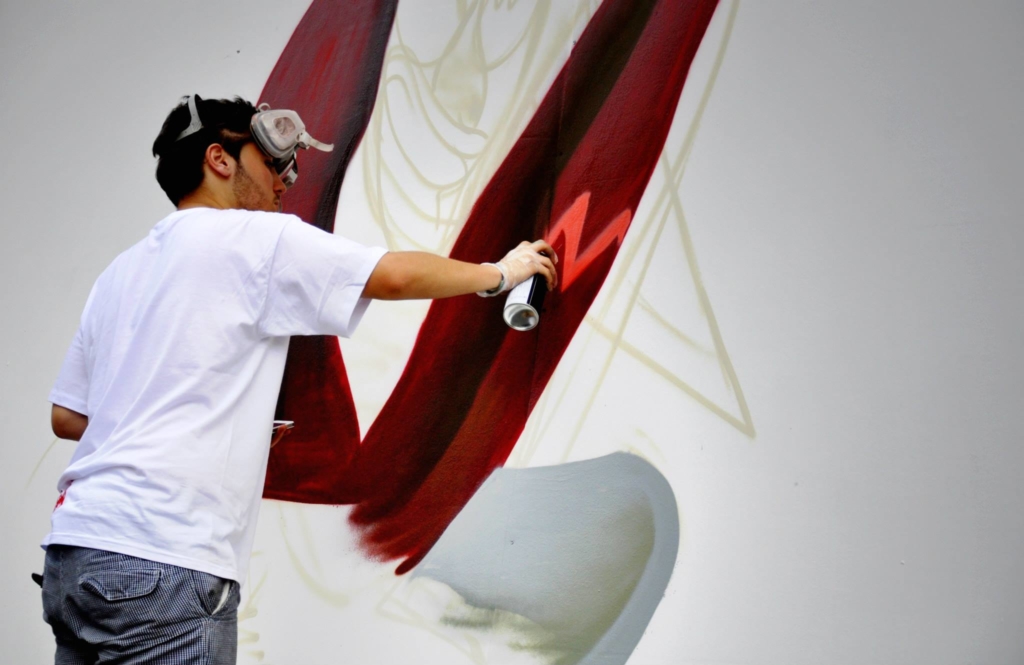 Born somewhere between Hip Hop graffiti and Japanese manga, first self-taught then graduated from EMCA in Angoulême, Bilel Allem is an artist with a free and surrealist identity. Of those whose paw is recognizable at first glance.

If he was for a while focused on the murals, his last works are directed towards the realization of animated film, for television (program “Désintox”, ARTE), the live performance (Lettre À Nos Mines, Cie Trous D’Mémoires, 2017; PNL Zeniths’ Tour, 2018), or the music video (Jahdan feat Snoop Dogg, 2019).

In addition to regular cultural action projects, he continues his career as an illustrator-director, for artists (Cheeko, Sofaz …), media (Yard, SURL, Abcdrduson …) and institutions, solo or with the collective Les Enfants Sauvages of which he is at the origin.b

Hybrid in its inspirations and in its forms, his art strives to combine the techniques and graphic codes acquired during his artistic career. The creative openness coming from his training, combined with the visual codes of Hip Hop, gives colorful achievements like the rap of the 80s, expressive like the heroes of Japanese comics, committed like the cinema of Spike Lee.

We recognize his work and therefore we remember it, above all.

Biography written by Ismaël Metis and translated by us.